The study of rural geography deals with phenomena which are typical of the rural space. It deals with rural settlements their characteristics and the socio-economic processes of change that occur in the rural space of the developed and less-developed countries. Major issues, among others, are at the core of research such as: rural population, rural landscapes, agricultural production, non-agricultural activities, and recreational use of the countryside, tourism, planning and preservation.

The rural space is undergoing through a steady process of restructuring. The underlying changes, attributed to long-term trends and processes common to many developed economies, have been expressed by a tremendous increase in the intensity of production, the decline of agricultural employment, the evolution of non-agricultural land uses and activities, and the suburbanisation of the countryside. The rate of change of rural settlements and landscapes has been accelerated in recent years and from a space of production the rural space has been shifting towards being a space of both production and consumption. This space has shifted from being devoted to agricultural production into a multi-functional space. The change is not uniform. The rural-urban fringe is under higher pressures from local dwellers as well from external interests, therefore the changes are more significant in this belt. This area is also affected by a process of gentrification while the further out peripheral areas may experience a process of geriatrification due to out-migration of the younger, educated and skilled labour force.

A major emphasis is given to the study of change of the Israeli cooperative settlements – Kibbutz, Moshav and Moshav shitufi. These planned settlements organized as a cooperative society are undergoing rapid transformation, characterised by the evolution of new economic activities and related land uses, high incidence of pluri-active households, set-aside land, influx of urban dwellers searching for a better quality of life, and the appearance of new built-up landscapes. These changes derive from a combination of structural changes in agriculture, government policies, and cumulative decisions of rural households. The result is a more physically, economically, and socially heterogeneous space and unprecedented regional, inter-village, and intra-village disparities. The overall process is leading rural communities and settlements into a search for a new identity. 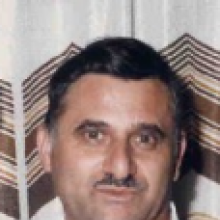